The creative industries are increasingly recognized throughout the world for their enormous potential as drivers of both economic and social development. According to the Inter-American Development Bank (IDB), creative industries generated more than US$2.5 billion during 2021. A figure considered important by the Orange Economy Commission of AGEXPORT, since it directly impacts the work they have been doing. As a beneficial consequence, the services sector has recovered, with an estimated 6% growth in 2021 versus 2020, that is, a total of exported creative services to foreign markets of US$21 million. Its main destination was the United States with 88% of the market, followed by Ireland with 4%.

“This 2021 was a very special year for all of us who are part of this industry. In addition to being the year of creative economies, this second year of the pandemic, the economy reopened and knowledge-based services continued to be required by the consumers. Proof of this is that according to the Inter-American Development Bank (IDB), creative industries generated more than US$2.5 billion a year. For us, it is a very important piece of information since this year we are focused on strengthening advocacy for our members, and promoting women-led businesses, who were recognized during the month of March through the #CreativePower campaign”, mentioned the president of the Orange Economy Commission of AGEXPORT, Luis Tercero.

Tercero assures that the potential of the Orange Economy industry in Guatemala is indisputable, given that it generates more than 33,761 direct jobs, with US$808million being reported, of which, as of August 2021, about 3% was for exported services. In this sense, one of the actions planned to grow the creative industry from the perspective of exporting services is to search for creative entrepreneurs in the different departments within the country such as Quetzaltenango.

Additionally, during 2021, activities were also carried out to strengthen entrepreneurs on topics such as insurance, leasing, good legal practices, public relations and intellectual property, among others. As part of these efforts, sacred music, and traditional music such as sones and marimba was promoted in a tribute to our mothers abroad.

“Guatemala has an industry of around 33,000 people who are dedicated to the Orange Economy, so through various alliances, we share knowledge and experiences with entrepreneurs from other industries through courses, workshops, webinars and certifications. We want communication and alliances to strengthen businesses. Likewise, we worked on training and opening opportunities for new generations in the Academic Business Meeting of Creative Industries, which was held for the first time and brought together actors and musicians from Guatemala that have gained recognition with their talent, and brought visibility and awareness to this economic sector”, added Tercero.

Guatemalan creative talent is indisputable, this year several of the member companies of the Orange Economy Commission of AGEXPORT had great achievements. For example, Conik Studio, a company started by two young entrepreneurs that offers graphic design, media production and website development services, has placed its content on several international platforms such as SNU’s UGM, Story Hunter, Worqlab, among others, and with these services have entered international markets such as Ecuador, Honduras, Colombia, Mexico, Brazil and Switzerland.

Similarly, the film “Capitán Orellana” produced by the Guatemalan Luis Tercero, premiered in Guatemala in 2012, was recently uploaded to the Amazon Prime platform and is available in several countries around the world. This Guatemalan production has the participation of national talent and local stars such as comedian Jairon Salguero, in addition to being the first Latin American film to have 85 musicians from the National Symphony Orchestra.

“We are aware that these last two years have been an important transition and we have dedicated ourselves to building experiences for consumers. By 2022, we estimate that the services of the Orange Economy will be even more requested as we become accustomed to the new normal that will digitalize many of our services. For this reason, we are projecting that next year’s growth will be 12% for these services compared to 2021, which would represent around US$23 million in exports,” concluded Tercero. 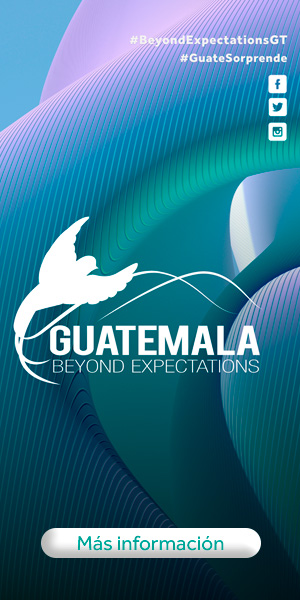