Guatemala Beyond Expectations, a nationwide movement

Since its start on 2017 as a printed publication, Guatemala Beyond Expectations has grown to become a nationwide movement that reached more than 50 countries with dozens of printed magazines distributed and electronic publications seen all over the world.

Diplomats, public servants, artists and businessmen have all received the first edition of the Guatemala Beyond Expectations magazine which has shifted from just a publication to a whole movement.

The idea emerged as just a printed publication that would work as an investment attraction and export promotion mechanism for Guatemala, through a public-private alliance.

The document, with more than 100 pages in both English and Spanish, includes relevant information about Guatemala such as its main macroeconomic indicators, competitive advantages and business opportunities in different areas.

The magazine is now the cover letter for businessmen at international fairs and events, as well as a brand that identifies exporting firms at country pavilions internationally.

On social media, more than 1,100 publications have been identified under the #BeyondExpectationsGT hashtag, with a total reach of more than 3.6 million people.

Added to that, more than 8,000 copies of the printed magazine were distributed to 53 different countries across the globe, as stated on an accountability event organized for sponsors of the movement.

At this accountability event, the digital platform www.guatemalabeyondexpectations.com was unveiled. Visitors can find at this website a digital copy of the magazine as well as positive news that display the best that Guatemala has to offer to the world.

As well, the organizers revealed that a team of top professionals was already working to launch a second edition of the printed magazine, which would be ready by late 2018. 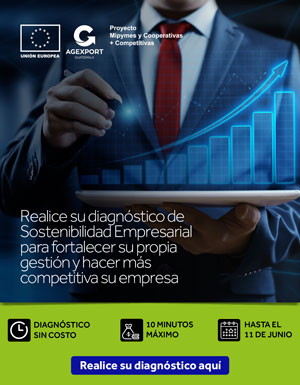