Lack of infrastructure (mainly irrigation systems, warehouses and roads), legislations that do not promote innovation and new agriculture varieties, lack of insurances, subsidizes and government programs to protect small producers from climate change; these are just some of the many gaps that hinders the development of Guatemala’s agriculture and its participation in global markets.

On each election year, AGEXPORT proposes a set of policies that we expect all candidates to consider and integrate to their proposed policies and plans. As such, our 2020-2023 document “Returning to a Job Creation Pathway” focuses on the creation of formal employment opportunities. This document is the result of an analytical approach where we cross-matched plans and policies already in place at different government institutions with the needs of our companies to develop the actions to propose to the next government. Specifically, for our agriculture companies, we identified six actions that would boost this sector in the medium and long term and promote the production of higher added-value products. With it, our agriculture firms would also receive a productivity boost by having farmers with higher capabilities, focus on research and innovation and diversify their product portfolio to reach more markets around the world; said Mr. Amador Carballido, AGEXPORT’s CEO.

The six actions identified in this plan are: 1) strengthening Guatemala’s authorities on food safety; 2) promoting the expansion of infrastructure required for agriculture companies (warehouses and irrigation systems); 3) opening new markets by establishing admissibility protocols and trade agreements with countries like Canada, the United Kingdom, South Korea and other Asian markets; 4) research and development to diversify Guatemala’s agriculture production, which includes the approval of a special law to offer incentives and subsides, and a law to promote and protect the creation of new agriculture varieties; 5) promoting a more competitive logistics system, including investments on ports, airports and attracting maritime shipping lines with more competitive costs; 6) programs to protect agriculture producers from the effects of climate change.

Without a doubt, one key topic to increase employment in rural areas of the country is the need for more irrigation systems. On our proposal, we detail the ideal locations for these systems, as well as the construction of 362 km of rural roads to promote economic development. These 362 km consider roads that need maintenance and 43 km that need to be asphalted to help more than 40,000 agriculture producers located in seven different departments of the country. This proposal can be found on our Competitiveness Observatory (www.competitividad.gt), said Mr. Carballido.

AGEXPORT’s CEO also mentioned success stories of recent joint actions from public and private institutions to help the agriculture industry, such as recent admissibility approvals of agriculture products on different global markets. Among them, Guatemalan fresh mangoes have recently been authorized to enter the Chilean market, and snow peas were also accepted in Canada. Both achievements happened thanks to the commitment of institutions like the Agriculture and Foreign Affairs ministries, as well as the help of the Guatemalan Embassy in Canada, among other institutions.

Agriculture is the main economic activity for Guatemala in terms of employment generation, it also represents 10% of the country’s GDP and exports for more than US$1.4 billion in 2018. Among the main agriculture products exported globally are: cardamom (US$434 million), fruits (US$340.2 million), vegetables (US$219.6 million) and ornamental plants (US$74.1 million); said Mr. Carballido. 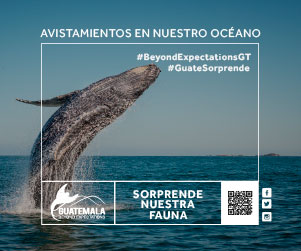