AGEXPORT’s Business Intelligence Unit organized a delegation of four Guatemalan companies to visit the city of Chicago and hold different business meetings. The mission trip took place on November 5-9th, 2018 with the objective of increasing exports to the United States and more specifically, to Chicago and surrounding areas.

The companies that integrated the Guatemalan delegation were: Veguarc and Siesa Group (Peas and other Vegetables Commission) as well as Naturaceites and Joopa Juice (Food and Beverages commission).

All meetings organized during this mission trip were possible due to the support of Guatemala’s Foreign Affairs Ministry and its Economic Policy Directorate, as well as the Guatemalan Consulate in Chicago and the coordination of AGEXPORT’s Market Development and Trade Promotion department.

Ibero-American businessmen com to focus on the ... 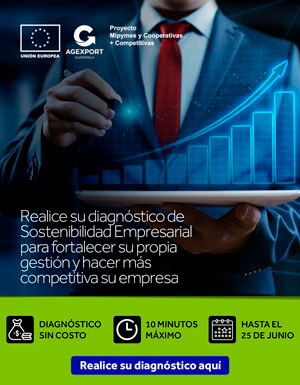